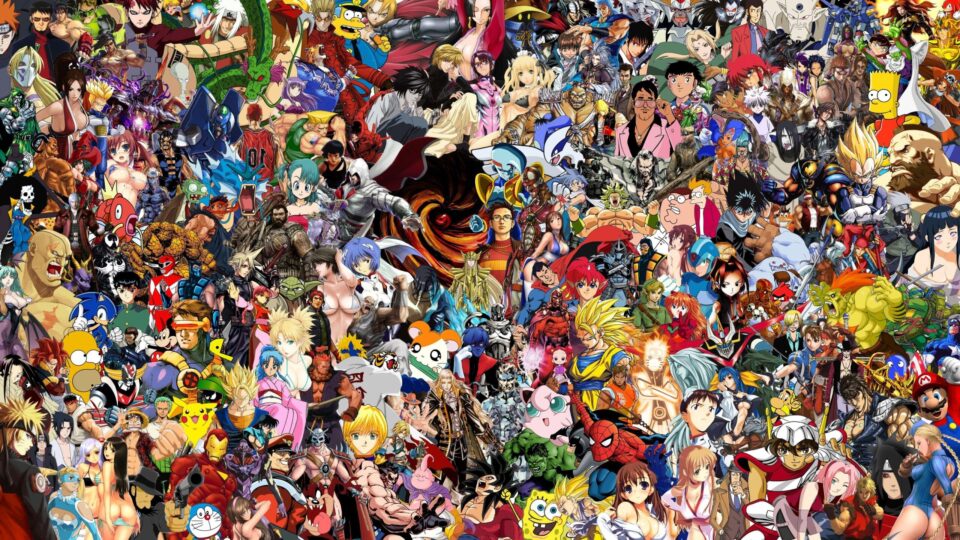 Games featuring characters and worlds of anime have a history as old as video games with different anime systems like the Nintendo Entertainment System and the TurboGrafx 16. However, the quality of these anime games has always been mixed. This is why finding quality and fun anime games are pleasurable. If you are an anime fan and you are currently searching for quality and fun anime games to play, you are in the right place. We have compiled a list of the best PS4 Anime games to play. These are good and quality anime games that do not only possess the visual genius that stands anime out but is also fun to play mechanically and is readily available on different platforms like Xbox, PlayStation 4 and 5, Steam.

This has to be the number one game as it is one of the numerous fantastic fighting games designed by the genius Arc System Works. Guilty Gear Strive is one of the most accessible 2D fighters to comprehend. Despite its high-quality game design, its wide range of wildly improbable characters with different strengths, weaknesses, and play styles. This game also features rollback netcode, a networking feature that makes online battles run smoothly. If your preference is not the online matches, there are many fun features like the Guilty Gear Universe to explore solo.

The tale series is easily one of the favorite PS4 Anime games; we never get tired of replaying them repeatedly. The games do an excellent job in displaying an assorted crew in every storyline and how they get along together with their very interactive character dialogue, making you feel like you are a part of the team. The characters throughout the different titles are all unique in their separate ways. Every title in the series has something that stands out, from Tales of Symphonia to Tales of the abyss and Tales of Vesperia. There is no doubt that Tales of Arise, the latest title in this franchise, has its unique, exciting feature.

There are many fantastic anime games, but who does not like Dragon Ball Z? The Dragon Ball franchise is one of the biggest in the anime game world, and this game- Dragon Ball Z fighters is arguably the best in the franchise so far. It shares the same setting with Dragon Ball Super and has a gameplay style is similar to Marvel versus Capcon, where players have teams of fighters face off with opposing teams. The game dynamics of Dragon Ball Z Fighters certainly have the potential of becoming one of the next top fighting games to be played competitively.

A lot of anime games have Omega Force Musou game treatment. The best out of that bunch has to be the pirate Warrior games in the world of One Piece. Without a doubt, the latest in this series is the best as it features the most comprehensive collection of playable characters; there is the inclusion of original characters and new scenarios. The latest twist to the combat is one no gamer should miss out on.

Here is another product of Arc System Works, an upgrade of its prequel- Persona 4. Persona 4 Arena Ultimax has eight new characters; this opens up the battle mechanics even more. It retains all the features of the Persona franchise while maintaining an excellent 2D fighter package. If you are looking for a new challenge to take up in the form of PS4 Anime games, this might be PS4 Anime games; this might be the best option for you.

The final version of the BlazBlue franchise got into America in 2016, and it was undoubtedly the best installment yet. The new battle modes expanded the game’s already a solid array of special moves. Ragna, the blood edges journey, ended in this installment the best way possible.

Astro Boy: Omega Factor has a striking resemblance with the iconic anime it represents. It gives a fantastic treasure experience, just as it is with Gunstar Heroes and Guardian Heroes. It features the beat-them-up action that Treasure games are known for.

At this point, it is safe to say that Arc System Work can make a fighting game out of anything. It recently adopted the bustling world of Granblue Fantasy into a beginner-friendly fighting game using the same warriors. Each character has a seamless application of combo and special moves. The Role Play Game mode bonus gives beat-up lovers something else to keep them glued apart from the local and online battles. The game is as easy to play as it looks

This is a Role Play Game loaded with valuable content, a satisfying amount of characters, catchy music, and a unique battle system for your pleasure.

This hit-and-run, smash-and-button mash game is an excellent pick for a free for all match for many anime fans. You will enjoy pitting characters from different anime and manga series together in the Super Smash Brothers-esque title. You can stop imagining seeing Goku vs. Luffy and see them in Jump force.

: Finally, a mobile game option for anime lovers. The game was regarded as a clone of its Japanese cousin, the Kanti Collection, but surpassed it. Azur Lane has exciting character dynamics and is entertaining to play on the go.

This RPG series has different titles under it. Each game in this series has its characters and settings. However, the games are loosely connected. The most exciting thing about this game has to be its great storyline with entertaining, great characters. Titles in this series include; Chronicles X, Torna-The Golden Country, Future Connected, Chronicle, and Chronicle 2.

This series is loved by so many, with installments across several consoles. The game touches the hearts of many players, along with its orchestrated music.

Fire Emblem is one game strategy lovers will enjoy. It has many titles to choose from; the game typically includes a war-like setting where players strategically fight their battles to win. The game is a fighting game but has a dating simulation in it.

This series is undoubtedly one of the biggest in the Role Play Gameworld.  The games all feature their various characters in their customized settings. All titles in the Final Fantasy series are worth playing.

How to Play iMessage games for Android

Cooking Games: The Most Addictive Cook And Play

Can You Play Dragon Age 2 on PC With a Controller?

How To Type In Valorant and Types of Chats

How To Cancel NuNu ULT In League of Legends

How To Fix Valorant Error Code 51 and Causes(Updated)