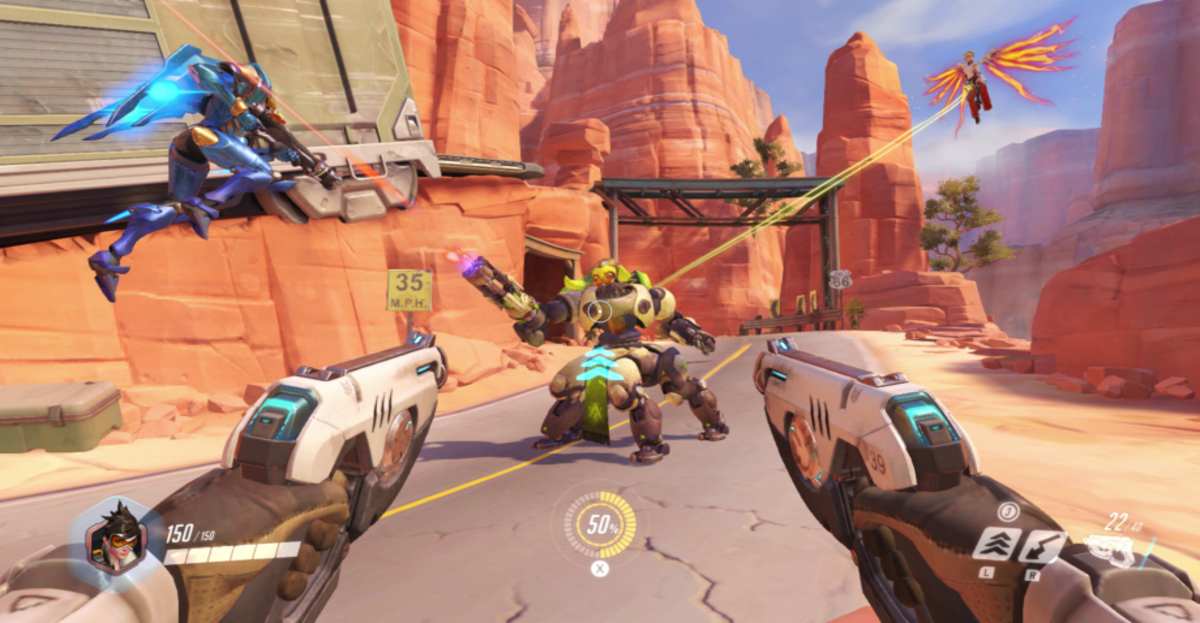 Overwatch 1 is a competitive online multiplayer game that was released in 2016. In recent times, however, there has been news spread around that when Overwatch 2 launches, Overwatch 1 might be shutting down.

In this article, therefore, we will be considering all you need to know about whether Overwatch 1 is shutting down or not.

So, let’s get right into it.

Is Overwatch 1 Shutting Down?

Overwatch 1 is shutting down and Overwatch 2 will be taking its place. The game has been stipulated to shut down this October with Overwatch 2 taking centre stage. All the players in Overwatch 1 will therefore be moved to Overwatch 2, although their progression in the game will still be maintained.

To participate in Overwatch 2, you will need to have a registered mobile number. This is because Blizzard is trying to track the activities of cheaters and smurfs. So, you might not be able to play the game if your number is not registered.

Precisely on the 4th of October, this Overwatch 2 will be released. Unlike Overwatch 1, this game will be free to play. You won’t even need to make some purchases for you to gain entry into the game. Overwatch 1 will no longer be accessible by then but just as we said, players will be migrated from Overwatch 1 to Overwatch 2.

What Does This Mean For The Players Of The Game?

For players of Overwatch 1, the progress and unlocks that they have made will still be intact. So, there is nothing to bother about. Overwatch 2 will be coming with a multiplayer that is free-to-play. This means that Overwatch 2 will limit unnecessary purchases.

The Overwatch 1 will no longer be available in the 6v6 format that everyone has been used to. If you were hoping that this format will continue, you can bid that thought farewell. Even though this change might be disappointing for many players, it does come with its advantages.

Overwatch 2 matches will rely on the 5v5 structure. So, a lot of players have been wondering whether this feat is achievable. Whether this is feasible or not in the long term remains to be seen. We will still keep our fingers crossed as to whether these changes will massively affect players of the game. All eyes seem to be on October 4th and what it will come with.

What Are The Features That Overwatch 2 Will Come With?

Overwatch 2 will be released in October but only the player-versus-player mode will be available. The co-op content could take longer as it has been stipulated to be released next year even though there is no release date yet.

Even though Overwatch 1 might be shutting down later this year, the game is not coming to an end. Its replacement is being prepared in the form of Overwatch 2.

There are several juicy details about the new game mode as it features different game modes and settings. We have covered all of those juicy details in our article. Read through and anticipate Overwatch 2.