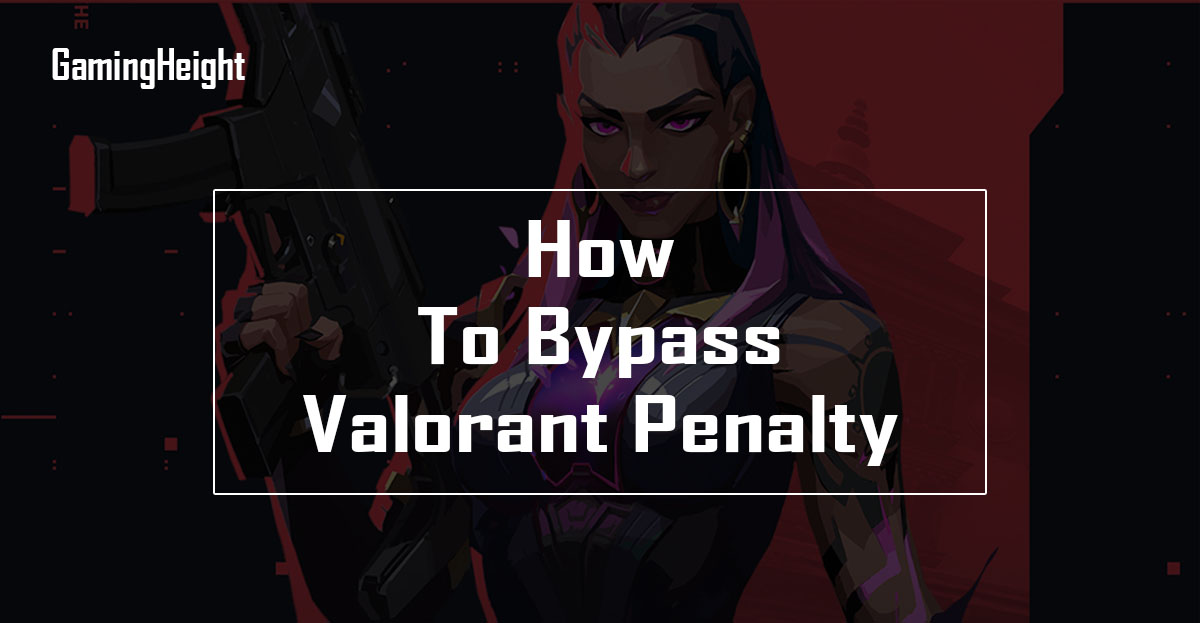 Valorant has become a popular game globally, and they have become strict about the AFK penalty. They are doing this so that you can have a good gaming experience where there are no inactive players. However, sometimes you might become a victim of this penalty.

In this article, we will therefore consider how you can bypass the AFK penalty in Valorant.

Step-by-Step Guide on How To Bypass Valorant Penalty

AFK is actually a term that means Away From Keyboard, and it is used to describe a player not being at their computer or even when they are, they are not behaving like they are there, as they are not moving their agents or communicating in the game.

In simple terms, a person is given this penalty if he is on the field but not participating in the match. This makes the team of such a player at a disadvantage. These bans are not all that serious, although they could become a big issue if you get them far too often.

If it’s occasional, then you do not have to bother about it. It is only temporary, and there is usually a cool-down phase. If it becomes too regular, the cool-down phase may double up, and then, you face a slightly bigger issue.

The good news is that there are methods you can use to bypass this penalty. If you can stay committed to the methods, then you will not be facing any issues anytime soon. Let’s consider these methods.

To bypass the AFK penalty in the valorant game, you can follow these simple steps:

This should help you get past the penalty issues. If it does not work out, there is nothing to worry about. We have another method outlined, so check it out.

To enjoy uninterrupted gameplay in valorant without penalty issues, you can follow the simple steps below:

This should help solve the issue. The game works perfectly, right? Exactly.

Either of the methods we have listed will get you past the AFK penalty in the valorant game.

What kind of penalties do players face?

If the game detects that you are becoming a pain in the neck for your team, and you are giving them a hard time, you stand the risk of being kicked out of the match. This way, enemies will not be able to advantage and pounce on your team due to your misconduct.

Issues like AFK are frowned upon in the valorant game, because it is expected that every member of the team works together to win matches. That is what makes the game interesting, right? Exactly. No one wants to fight against people who don’t participate in an ongoing match. The game has been designed to discipline such misconduct.

So, there are different penalties that you could face based on your misconduct and behaviors. Your history will also be factored in when the game decides on the penalty that is ideal for you. Let’s consider some of those penalties.

This warning tells you that the system has detected some AFK behavior, and as such, you have to be careful not to be caught again. If you are consistently found with this behavior, you could face more severe penalties.

This penalty actually runs for a match. The penalty is such that you will be denied an XP that you have earned for the duration of the match that initiated this penalty.

If you have been detected to display AFK behavior in a competitive match, your points will be deducted. You stand the risk of losing between 8 and 12 RR points, which could spill over the -30 RR loss barrier. This is usually indicated in the post-match analysis, and it will last for the period of a match.

This penalty can last between 3 and 240 minutes. During this penalty, you won’t have access to join a non-custom game until the timer elapses.

This lasts longer between seven and fourteen days. During this penalty, you won’t be able to queue in ranked matches until the timer show runs out.

This is a more severe penalty, as you won’t be able to play the game until the date and time elapse. This penalty usually runs for seven days.

Penalties are usually given based on the severity of the offense and the history of the player with that same offense. This means you might not always receive a penalty. The truth is that you might even face the same penalty consistently.

A good example will be when you are given an XP denial penalty two times, and you are not even given a queue timer as a penalty. Sometimes, you can even be given a 28-day ban without facing the 7-day ban. Just as we have said, it all depends on the severity of the offense and the history of the player with that particular offense. This means you must be careful about making such offenses.

Sometimes, the AFK behavior you are exhibiting in the game might not even be intentional. It could be down to some bad network connection. This can be devastating, especially when you are trying to queue up in the game. The game has however been designed to cater to such.

The valorant game has been designed so that tech issues and occasional connection issues do not face severe punishments. So, you don’t have to worry about whether you would face a long-term suspension from the game.

Sometimes, the disconnection can even be from the valorant server. In this scenario, the AFK behavior will be overlooked. Agents who receive severe penalties are those consistently found exhibiting AFK behavior.

If you find your connection issues are becoming more consistent, you can just chill out of the game till you have a more stable connection. That would not hurt as facing severe punishment, right? Exactly what we thought. You can also submit a ticket to valorant customer support about the issues you are experiencing with your connection. Either of the two should do the trick.

If you have been found guilty of the offenses and a severe penalty has been meted out, remember we listed some methods that can get you out of this, right? Exactly. The methods we have listed will help you bypass any penalty you have incurred.

What if I’m just getting used to my agent’s abilities and I’m not targeting my teammates intentionally?

This is mild. If you do some minor damage to a teammate during a match, you will just receive a light penalty or even a warning, if you don’t have a bad history. If you have been found of such behavior consistently, your punishment could be severe.

Is there a penalty for missing the spike rush?

Not at all. Valorant does not meet penalties for spike rush. So, you don’t have to be bothered if you miss one.

What is The Easiest Way To Bypass Valorant Penalty?

The only easiest way to bypass penalties, apart from the methods explained above, is to stay in the game and be on the lookout for the opponents.

How Do I Get My Penalty Reversed In Valorant?

As of July 15, 2021, Riot Games came up with an update stating that “If recent server outages impacted your games, please contact player support to see if you can have your AFK penalties reverted. Keep in mind, only AFK penalties accrued from the outage will be reverted”.

This update was seen on the valorant India and South Asia tweet, and can be achieved by following the following steps.

What Punishment Do I Get For Valorant Toxicity?

Riot games came up with punishments attributed to the level of toxicity practiced in valorant. They include,

These punishments are not just issued at once, but based on the seriousness of the toxicity. These usually start with a warning, and failure to adhere to the warning and other mini punishments will permanently be banned.

The valorant game has been designed to punish those who don’t participate actively in matches because they want the game to be competitive.

This behavior is termed AFK and could come with a severe penalty, particularly if you have been found with such behavior before. We have however mapped methods that can help you bypass this penalty.