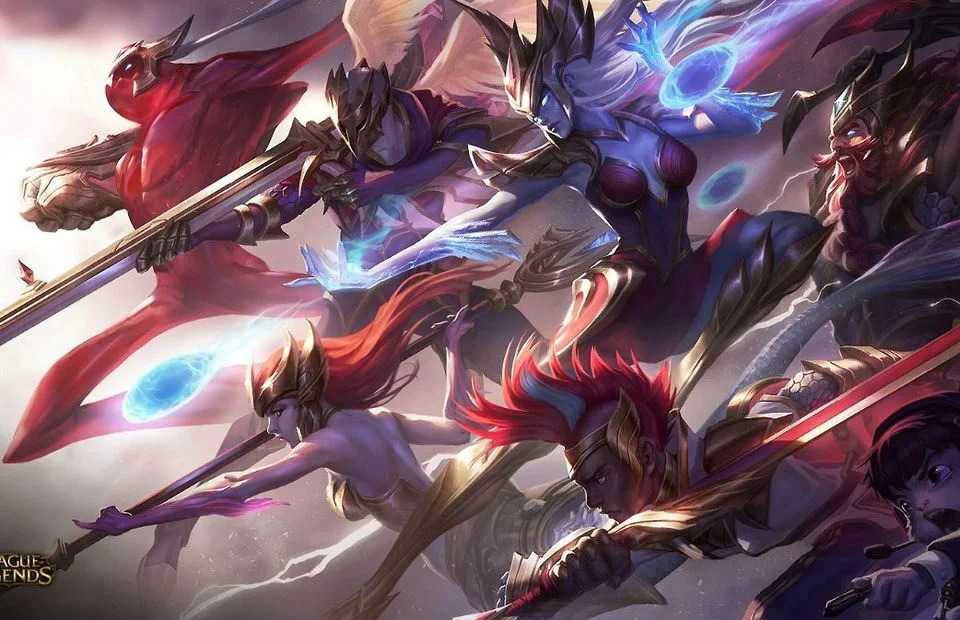 The League of Legends has become widely popular for the consistent efforts they put into their skins and cosmetics. The game is typically free, this means that access to the game and basic features comes in free. However, the skins do not come in free. Riot games make a lot of money yearly from the sales of different skins. There are usually new skins weekly with Champions having more than others.

We will therefore be reviewing how many skins there are in the League of Legends. We will also be discussing which champions have the most skins. In addition, we will cover a few facts about skins. So, let’s get right into it.

How Many Skins Are In The League Of Legends?

Even though they do not directly influence gameplay, the importance of skins cannot be overemphasized. They are a very important part of League of Legends. They are a good means for the players of the game to customize their favourite champions.

They are also a good monetization plan for the League. However, they do not affect the gameplay experience for users that do not want to spend money. There are quite many skins that you can choose from. Using the word few might even be downplaying the number of available skins.

You have an array of choices when it comes to the number of skins. As of December 2021, there were a total of 1,390 skins in the game. This number continues to grow with Riot introducing more skins to add to the existing ones.

The skins also follow a defined pattern of category. They are arranged in different categories based on the Riot Points (RP). Some belong to a higher class of rarity because of the special features that they come with. They also cost more Riot Points too.

You do not always have to pay the full price for a skin. Sometimes, Riot Games offer discounts for skins. The discount offerings can help you purchase random skin for the champion character you use the most. The cost of skin often depends on how available it is. So, the very rare ones will be pretty expensive.

So, while it is possible to find skins that cost about 975 RP, some other skins could cost up to 3,250 RP. It all depends on how rare that skin is. The less expensive skins tend to be quite old. Usually, players prefer skins that have good visual effects and quality. You will find these features with newer skins.

Which Champions Have The Most Skins?

The most skins of champions in this game is a tie between the Ezreal and Miss Fortune characters. They both have fifteen skins each. Then, we have champions with fourteen skins following them. There are about six champions in this fourteen-skin category. They include Ahri, Akali, Alistar, Annie, Lux, and Twisted Fate.

Let us consider Some Skin Rarities on the League of Legends

There are different kinds of skin rarities and they range from timeworn to the ultimate category.

So, we will be looking at a comprehensive list of the skin rarities available in the league of legends.

I. Timeworn or Classic

These are typically old skins and obviously, they cannot compare to the new ones in terms of quality and features.

They offer very few tweaks most times other than a colour change. The price ranges for this skin rarity are usually between 390 and 520 RP.

These skins are decent skins but they also do not offer you a ton of changes. They come with more features than timeworn skins.

However, the variations with these skins are still not the gamer’s preference. They are valued at 750 RP.

They are a better version of the budget skins. They offer you some great variations although quite limited.

They have animation and VFX changes that you can work around with. These updates are not particularly present in the budget skins.

These skins have become the standard in recent times. Most new skins come out at this level and they are valued at 1,350 RP.

They come with multiple variations such that you can tweak the entire aesthetic of the champion.

These offer massive changes to different aspects of a particular champion. You will get into the flashy territory with these skins. The variations you have with these skins can make your champion feel entirely different. They are usually valued at around 1820 RP.

This is typically the highest level you can have with skins. Ultimate skins can help you redefine a champion. You can change everything about your champion although the abilities remain the same. They are also the most expensive skins available with price ranges of between 2775 and 3250 RP.

There are some very rare skin features in addition to the ones we have listed. They are available via other methods. So, they can be rarer than the Ultimate skins. The mythic skins are an example of these rare skins. They usually come from different places with the Gemstones being the most common. Different skins require gemstones to get them and this makes them rare.

There are also the Prestige skins. These skins are rewards for players that spend a lot of money or play a lot every year. They come in as an alternative to already existing skins. They usually cost 100 prestige points to acquire.

Riot typically releases a lot of skins for the league of legends. They tend to use skin lines to create a buzz around new skin releases. These skin lines are a group of skins that share a common theme. An example will be the Star Guardian skin line that features about fourteen champions.

Usually, skin releases are one at a time. This is how Riot encourages players to buy skins with each new release. They encourage players to buy passes and spend money on special items. This will offer you the opportunity to acquire prestige points so you can purchase very rare skins.

We have been able to show you the number of skin features that are available on the League of Legends. You have also seen how they are great features to have in the game. You can customize your champions with different kinds of skins based on your preference.

We have also given you a major round-up of some of the skins available and the features they come with. So, read through and purchase new skins for your game.