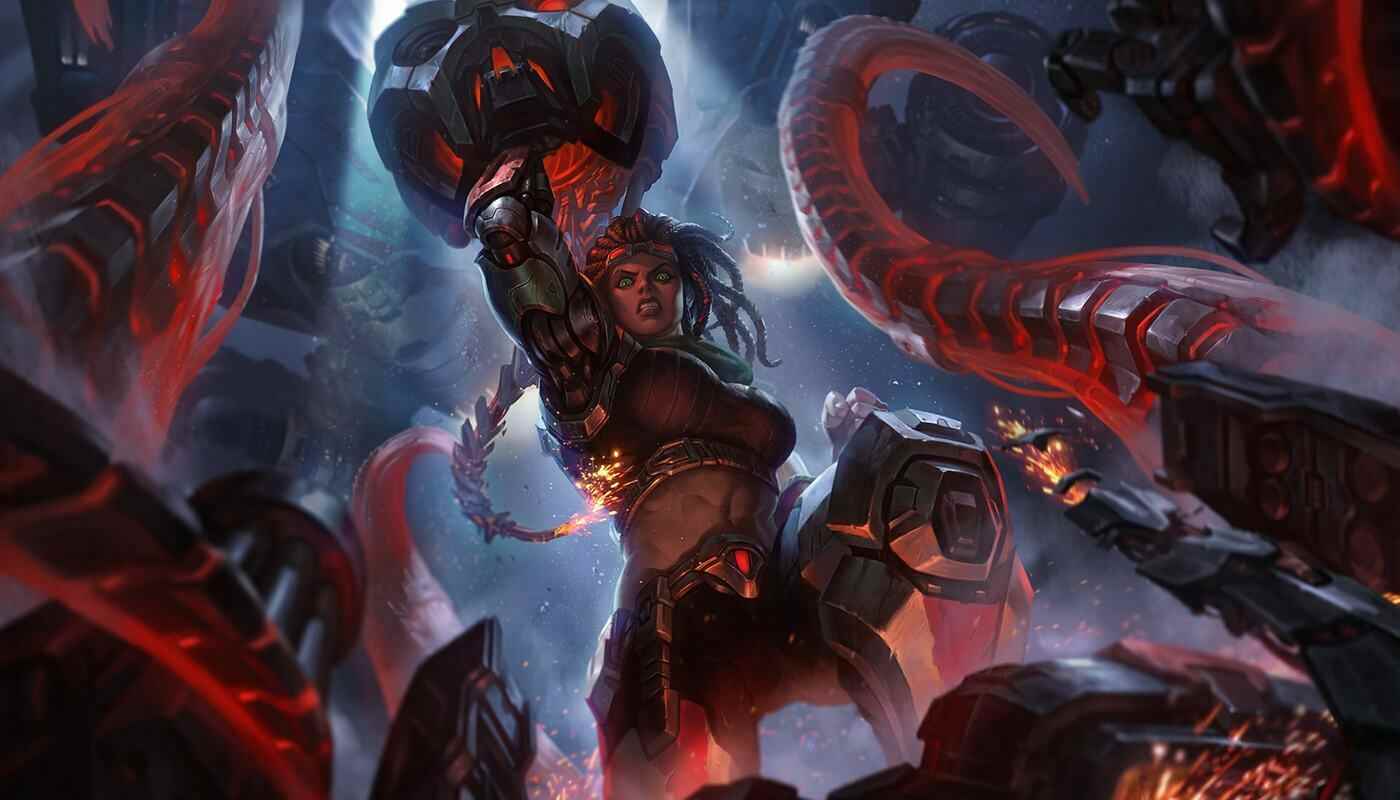 Illaoi is a very good fighter that is very good in one on one combats and a lot more. She has a very good sustain and is also very good in two to three against one combat. She is definitely an asset to behold as long as you are not going against her.

If you are going against her. You might have a couple of problems. With her skills and abilities, you might have a little problem defeating her. However, it isn’t impossible to defeat her.

How Can I Beat Illaoi In Lane?

Illaoi is seen as one of the best lane champions in the league of legends. If you are looking for the best champions to defeat her, this is the best read for you. Below is a list of the champions you can use to fight and defeat illaoi

Urgot has got to be the first name that comes to your mind if you are looking for a champion that is perfect for your battle against Illaoi. Urgent is the perfect fit in this scenario as he has everything it takes to easily defeat the tentacle queen.

If you are using Urgot, you will be able to remove her high health. You will also be able to trade successfully throughout the lining phase. When trading or facing off against Illaoi, make sure you procure as many of her legs as possible. Get her to the point where you can easily execute her. You should remember that she recovers easily so you have to keep coming at her strongly and ensure you do not give her time to recover.

You can also use the executioner call as it will help a lot against her. Lastly, because of her tentacles, Illaoi has a lot of pressure on her lanes. She can use this pressure to zone you out of your farm. Ensure your take out those tentacles as it will give you a relatively higher chance against her.

This is another champion you can use if you are looking for a champion who can battle Illaoi. Trynadamere is one champion that has a lot of skills and abilities that you will find useful against her and other champions.

If you are coming up against her, it will be a smart move to ensure her E is down. Also, make sure you have a lot of furies as it will definitely help you as you go to trade with her. Doing any of them or both of them might be the deciding factor between you winning or losing the battle.

Since she is good at one on one combat, it might be a little difficult to trade with her. It is a lot smarter to bait her out with your E, then dash in and look for a fight immediately. This will reduce her ability to repel or fight you back.

This is another good bet against Illaoi. With kayle you should be able to win your matchup as long s you have a good positioning and smart strategy.  If you weigh their strength and weakness, kayle is much stronger and better than Illaoi and you should have a relatively normal victory against the tentacle queen with her.

Also, because of her long tentacles, Illaoi might constantly push the lane. She doesn’t worry about two to one scenario as she is excessively good at it. Make sure you farm as much as possible to put you in a more advantageous position.

Lastly, Illaoi’s major strength comes from landing her E. try your best to ensure you avoid her attacks as much as possible.

Always hide your turrets in the lane. This will protect you from her attacks and will help you even things up when coming up against her.

Also,  use your E and W in the lane. This will help shut her tentacles up completely which will go to a very large extent in weakening her. When it comes to adventure games and the league of legends, you might have a couple of questions.

Is Sett Good Against Illaoi?

The sett is a relatively good champion against Illaoi. Sett has a 49 per cent win rate against Illaoi. If you know good strategies, you will definitely defeat her easily with sett.

Who Will Win In Darius Against Illao?

Darius has a relatively high win rate against the tentacle queen. He has a 51 per cent win rate which is higher than other champions against her.

There are different methods you can use to defeat the tentacle queen if you are going to be coming up against her.