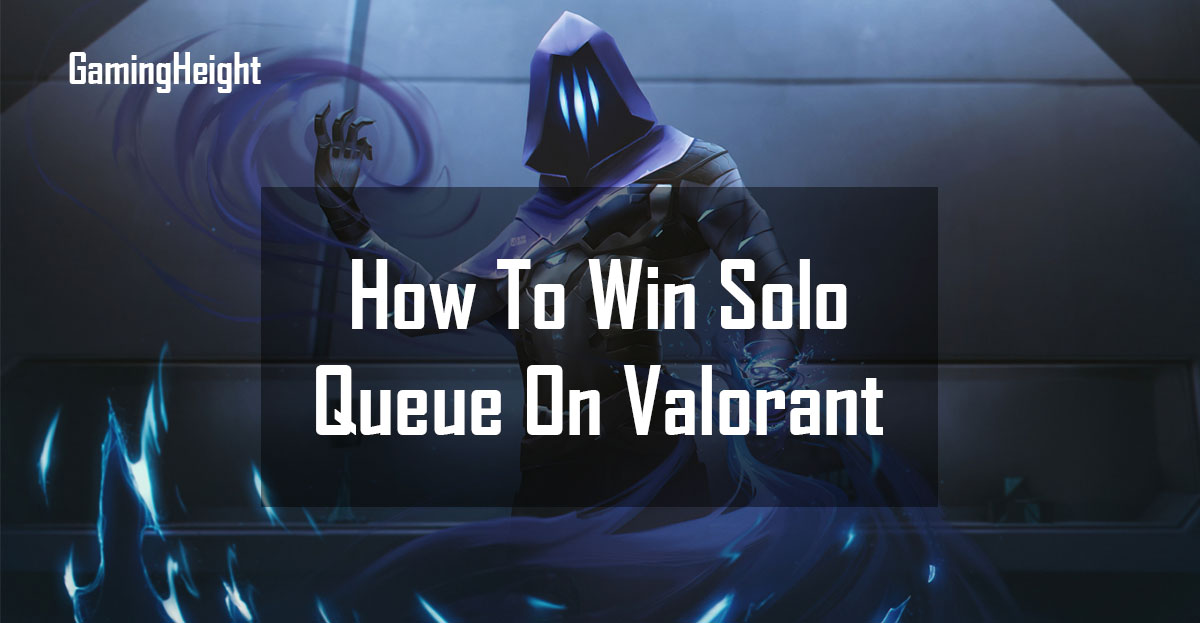 Solo queue can be a difficult mode for new players, especially when faced with more experienced players. While many people believe the key to success in online games is to queue with friends, sometimes the best way to win is to go it alone.

In this article, we’ll give you tips on how to win in a solo queue to take your game to the next level.

Everything You Need On How To Win Solo Queue Valorant

If you’re looking to up your game in Valorant’s solo queue, here are some tips to help you out.

First and foremost, always remember that communication is key. Whether it’s calling out enemy locations or working with your team to execute a strategy, let your teammates know what’s going on is crucial.

Secondly, learn as many characters as possible and be comfortable playing them all. This will give you a better chance of countering your opponents’ choices.

Another important thing to remember is map awareness. Knowing where the enemies are and where they might be coming from is half the game. Pay attention to the mini-map and use it to your advantage.

Lastly, don’t be afraid to experiment with different load-outs and strategies. Trying new things is the best way to learn and improve. And finally, keep your cool and don’t panic. Remember, it’s just a game.

List Of Best Agents To Play Solo Queues On Valorant

A few agents stand out when it comes to playing solo queues in valorant.

Here are a few of the best agents to play solo queues with on valorant:

Jett is a great agent for playing solo queues because she is very mobile and has many options for taking down enemies.

Jett is a great all-around agent that can be used in various ways. Her abilities allow her to get around the map quickly and easily, making her an excellent choice for attacking and defending.

Jett is the only solo agent that can start bombsite entry. Jett’s Tailwind and Updraft Skills are among the greatest movement-based abilities in Valorant, allowing her to enter bombsites quickly and clear the way for the rest of her team.

Jett enables players with the skills they need to dominate and carry their squad, making her the Ultimate Solo Queue Agent for Quickly Ranking Up in Valorant.

Phoenix is another excellent choice for playing solo queues because he has many crowd-control abilities that can help control the map.

Phoenix is a great all-around agent that excels at both attacking and defending. His abilities allow him to control the map and create choke points, making him a great choice for those who want to take control of the game.

Viper is a great choice for playing solo queues because she can control the map and take down enemies quickly.

Viper wields deadly gases. She can also use a grenade to release poison or vapors to form a line wall. Her ultimate power constructs a poison “room,” making her an excellent bomb planter.

Valorant players can use Viper’s skills across the map in their gaming. This gives the agent complete control over the map. She also has vision-blocking abilities like a toxic screen and poison cloud. Her Snake Bite has also been shown to be one of Valorant’s most effective post-plant tools.

Viper’s ultimate power lets her fight a whole team without being killed. Players that choose Viper can open or close bomb sites on their own and aid teammates in their executions.

Viper is extremely efficient in Breeze, Icebox, and Bind due to her ability deployment and the changing potential of Controllers in relation to maps. Having said that, the agent has also been shown on other maps.

Raze is another great agent for playing solo queues because she has a lot of mobility and can take down enemies quickly with her explosives.

Sova is an initiator in valorant, whose exclusive abilities are pivotal in gaining entry to bomb sites. Sova is a great archer who can scout and kill enemies by bouncing his arrows around corners. He also has an owl drone that can be used to identify the location of an adversary.

He can combine his ability to track enemies with his ultimate, which allows him to shoot three blasts of lightning through walls.

Is Solo Queue Better Than A Team Playing On Valorant

Firstly, you don’t have to rely on other players to win rounds. You can win the game entirely on your own if you’re good enough. This also means you don’t have to worry about communication or teamwork, which can be a big issue in multiplayer games.

Finally, solo queue games are generally shorter than multiplayer games. There are fewer players, so each round takes less time. This can be a big advantage if you’re short on time or want to get a quick game in.

Ultimately, solo queue has some clear advantages over multiplayer when it comes to playing valorant. If you’re looking to win more games, solo queue is the way to go.

If you want to win in a solo queue on valorant, you must be patient and play the long game. Don’t get too frustrated if you lose a few rounds, as it is all part of the learning process.

You should also try to play with friends as much as possible, as this will help improve your communication and teamwork. Ultimately, remember that practice makes perfect – the more you play, the better your chances of winning.