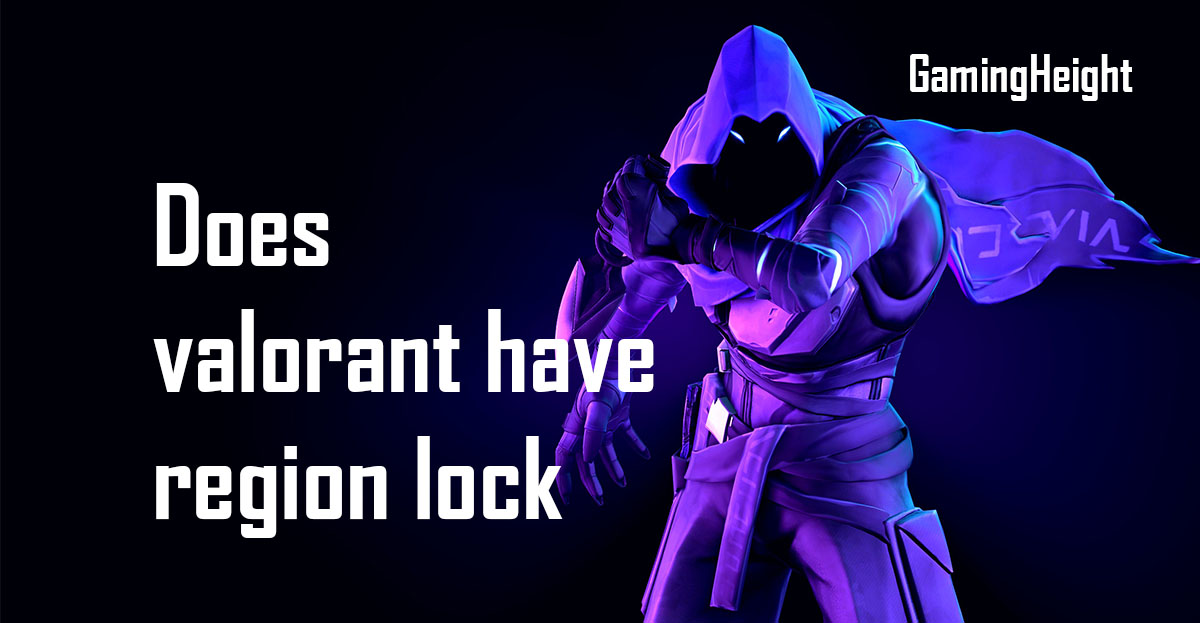 Valorant is a 5v5 tactical shooter game developed by Riot Games. It was released on June 2020, for Windows operating system. The game is currently in its beta phase and is only available in certain regions.

However, most players want to know if valorant has a region lock or can be played with players from other regions. This article will explain that.

Does Valorant Have Region Lock?

Yes, valorant has region lock. The game is region locked, meaning players can only play with others in the same region. This can be a problem for some players, as they may not find enough people to play with in their region. However, there are ways to work around this issue.

Players can use VPNs to connect to servers in other regions. This will allow them to play with people from all over the world, but it may cause lag issues. Another option is to use third-party matchmaking services, which can help players find others to play with, regardless of their location.

While region locks can be frustrating for some players, they are usually put in place to ensure fair gameplay. By forcing everyone to play on the same servers, it ensures that no one has an advantage over others due to their location. So, while it may be annoying for some, it’s important to remember that region locks are there for a reason.

How To Play With Players From Other Regions

And every riot account is registered to a particular region. For instance, if a player creates an account in North America, he will be assigned to the North American region, preventing him from playing with other players from other regions.

However, this region lock can limit the number of players you can play with, and most of the time, people often try to find ways to play with players from other regions. Luckily, there is a method you use to bypass the region lock.

It is essential to know that once a region has been assigned to a player, it can be challenging to change his or her region. The only way to get assigned to another region is by opening a new valorant account on the riot website.

Here’s how to play with players from other regions.

Download a VPN and install it on your computer. Note that the VPN will only be used while registering for a new valorant account.

Launch the VPN software and connect it to the region you want to play in.

Once the VPN is connected, go to the riot’s official website and create a new riot account.

When you are done filling it out, it will ask if you to create an account or link an existing account.

Fill in your email address and date of birth because there’s an age limit for playing the game.

Once all your details check out, your account will be successfully opened and you can play with players from the region you want to.

There are a few ways to bypass Valorant’s region lock. One is to use a VPN. A VPN, or virtual private network, can allow you to change your IP address and appear to be in a different country. This can be helpful if you’re trying to access the game from a country that Valorant doesn’t support.

Another way to bypass the region lock is to use a proxy server. A proxy server is similar to a VPN in that it can change your IP address and help you access blocked content. However, proxy servers are usually less reliable than VPNs and can be slower.

How To change your region in valorant

Valorant has a region-locking system in place to try and keep matches fair. However,   in valorant is very hard and challenging. Once you’ve registered a region with an account, the only way to change a region in an account is by giving a detailed explanation of why you want your region changed.

Most of the time, your request might be denied. The fastest and easiest way to play or choose another region is by creating a new riot account using a VPN.

What Region Is Valorant Available?

Valorant is available in six regions, each of which has several servers to satisfy players from each region.

Here are the locations that you can play valorant

Do I Need a Riot Account To Play Valorant

Can I Play Valorant in Africa?

Unfortunately, valorant is not available on the African continent. Riot Games had planned to expand to the African and Asian continents, but they had to put it on hold because of the pandemic.

However, if you want to play but you’re in Africa, you can use a VPN and follow the procedure I explained above. If you’re trying to access Valorant from a country that isn’t supported, using a VPN or proxy server may be your best bet.

Is There a System Requirement For Playing Valorant?

Yes, your system must meet a certain minimum requirement before valorant can run effectively on it. Using a system that doesn’t meet the requirement might make it lag or frequently crash while playing.

The system requirements for playing Valorant are as follows:

Valorant has a region lock that restricts players from playing with or against players from other regions. However, you can bypass the region lock by using a VPN to open another riot account in your preferred region.

You can also write a detailed explanation to riot games explaining why you want your region changed, but most of the time that request is usually denied.

Even though most players see region locking as unfair, it promotes a fair and more competitive environment. But be prepared for lagging if you’re playing in a location outside your region.