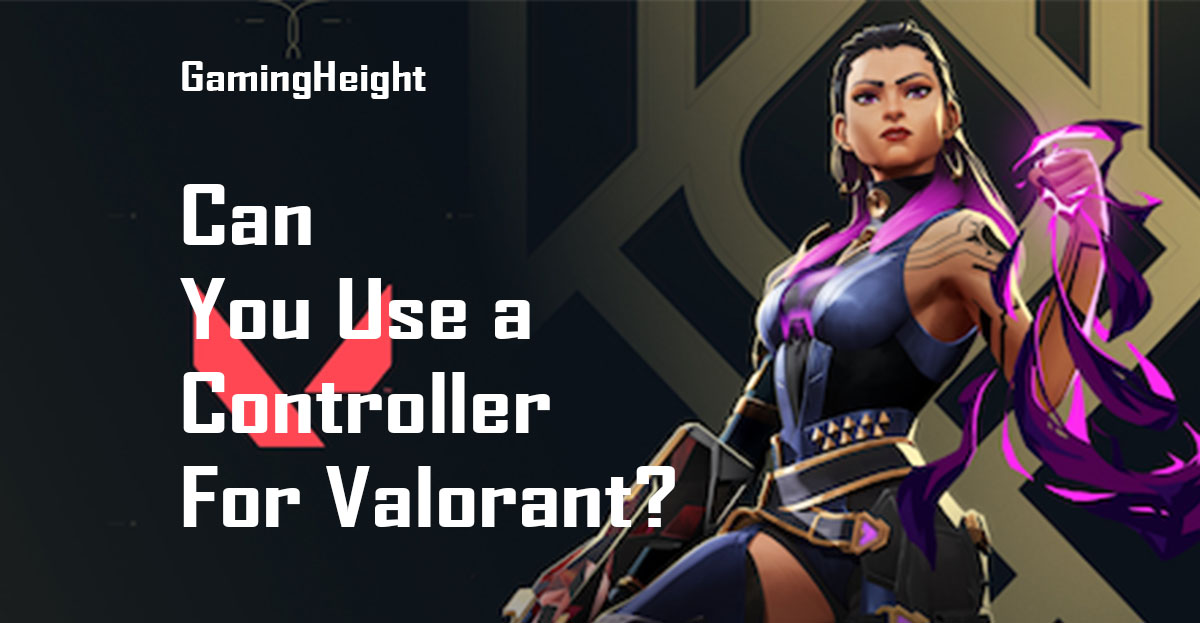 Have you considered using a controller for valorant? Would you even get an advantage by playing the game this way? It’s no longer news that the valorant game is available for PC and has been designed for mouse and keyboard play. As such, a game controller is not one of the gears you will readily pick up for this game.

In this article, we will explore the possibilities of using a controller for valorant, and whether you have any advantage with this mode of gameplay.

Can You Use a Controller for Valorant?

Technically, it is possible to play the valorant game with a controller. However, you must remember that this might not be the most optimal mode for the game. A controller setup cannot match the precision you will have with the keyboard and mouse gameplay mode.

Even though your movements in the game with the controller seem smooth, you won’t get any advantage by using the controller for this game. Valorant is a game based on how precise you are.

Enemies are constantly on the move in the game, and as such, you must follow them and even control the recoil of the weapons in the game. There is also the bit of agent abilities that requires proper setup to run smoothly.

In all these scenarios, the easier mode of playing the game will be through the keyboard and the mouse. Even when valorant becomes available on the console, we expect the ranking parameters for the console and the computer play will be extremely different.

How Can You Play With The Controller In The Valorant Game?

This gaming mode is more complicated than just what it seems. Some software programs that allow you to play the game with the controller are not compatible with the riot vanguard anti-cheat system. However, since we won’t recommend what will put you in trouble, you can be sure that we have you covered.

There is legit software that can help you play the game with a controller, and that is reWASD. This software is not just compatible with the valorant gameplay, but also features about 250 preset configurations that make the binding process seamless.

With this software, you can also have more configurations for less common game controllers like GameCube, Switch Pro, PS3 Navigation, and the likes. You can decide to buy this software for $6 or tilt towards using the 14-day free trial option.

To play valorant with the controller, you must follow the simple steps below:

You must ensure that you do not add any multi-key binds or key combo macros that cannot work on the computer. Doing this could call for the wrath of the developers, and you stand the risk of being banned from the game.

Multi-key macros are not permitted in most games, and valorant is no exception. If you are concerned about the safety of the software you want to use for the game, you can contact valorant support for help before deciding on which software to use.

Although there is no official controller support for the game, this does not mean you cannot work with third-party software. If you want to try out controllers, make sure it is something you are comfortable with, and do it at your discretion.

Should You Use a Controller to Play Valorant?

While the possibilities of playing the game with a controller are endless, there is still a lack of native support, which makes the game tricky when it comes to customizing the key binds. This is particularly a time-consuming process, as you have to manually set it up.

Whether this is worth all the hassle depends on your preferences. The fact that you trick the game into thinking that you are playing with the keyboard and mouse by using third-party applications means you might be banned for such behavior.

Even though third-party applications have not been banned, it does not mean developers cannot consider this bannable conduct in the future. The developers of the game have stated they are open to bringing the game to other platforms.

However, they only have eyes for the game being on a computer. This dedication of valorant to the PC means that players who favor controllers do not know when valorant will fully support this mode of gameplay.

Who Is The Best Valorant Agent To Play With a Controller?

The best agent to play with your game pad will not be a controller, but a duelist, Jett specifically. Her agent abilities and movement aspect will significantly improve when you use the controller. This makes playing Jett with the keyboard and mouse gameplay a less favorable option.

You must be aware that this agent is reasonably aggressive, and using the controller will make her adopt a defensive approach to the game. If you want to use a controller for the game, some of her weapons will be:

Playing valorant with the controller is possible, although there is no official support for this mode of gameplay. Our guide presents all you need to know about how to work around this and still play the game with a controller.

So, read through and have fun with your controller.