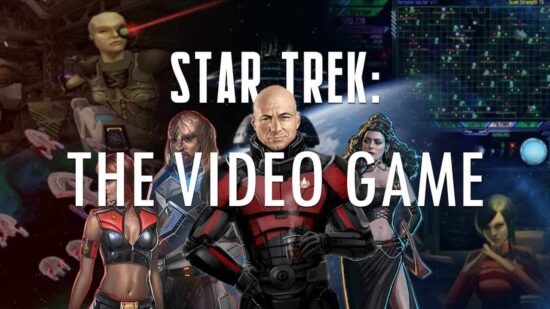 The Star Trek franchise is undoubtedly one of the most potent forces in entertainment. The franchise covers television shows, movies, card games, action figures, and a whole lot more. Star Trek is not just a great franchise but has also been around for a long time. Their original release dates to as far back as 1966; this makes the franchise one of the longest-standing Science fiction franchises in history. Considering the wide range of tastes gamers tend to have, we have put together the ten best Star Trek games, which cover every aspect of the titles in the franchise.

Star trek legacy is a game of strategy where you control groups of Starfleet ships through three different eras. The game is available on Windows and Xbox306. However, the most enjoyable version is the Xbox360 version. Players of the Xbox360 version get to experience epic starship battles without any form of glitch.

Starfleet Command is a combat simulator Windows game released in 1999, and it was based on the 1979 tabletop wargame star fleet battles. The game has no central. Thus, the story lets players have the option of playing as a part of six galactic rulers; therefore, it gives the player a better understanding of an older race that once occupied the region.

The center story of this combat simulator game revolves around a new captain taking control of a starship to combat against a new threat to the federation known as a star explosion. You are the captain, and you have the command of both USS Dauntless and the USS Sovereign. The game has exciting fighting moments that make you feel like part of something massive.

Gamers familiar with Star Trek video games will easily recognize some of the characters in Judgment Rites. Judgment’s graphics, content, and gameplay are nothing short of good. In Judgment Rite, you play the role of Captain James T. Kirk, who works with his crew to accomplish eight episodes that take place both on and off the enterprise. Star Trek: Judgment Rites featured the final appearance of the entire cast of The Original Series.

The year 2000 saw the release of Deep Space Nine-The Fallen, and the game was available on both Windows and Mac. Hints for this third-person shooter game were taken from trio novels written by Judith and Garfield Reeves-Stevens. The fallen gives you an option to play as either of these three; Captain Benjamin Sisko, Major Kira Nerys, and Lt. Commander Worf. You can choose to play the entire game as one character, but some levels need to be completed by certain characters. This means that the main story and gameplay differ based on your preferred consistency.

This game is one of the short first-person shooter games of the Star Trek franchise. It was initially released in 200 and was available on Windows and Mac. PlayStation adopted Elite Force in 2001, and it has a single-player feature and a multiplayer feature that allows up to 32 participants. In this game, you are a member of the Hazard Team, and you are trying to sort out the latest crisis the Voyager team is subjected to in the Delta Quadrant.

This is one mobile version of the Star Trek games, and it is available on both iOS and Android devices. The story centers around a temporary anomaly, and it brought together characters from every TV show, movie, and a couple of other media.

This game features a crew of four characters: the captain, tactical officer, engineer, and helm officer, who have different roles to fulfill. The captain’s role is to transmit mission goals; the helm officer steers the ship, the tactical officer takes charge of the sensors and armaments, and the engineer takes care of power distribution and maintenance.

Star Trek: Online is Star Trek in its best form. Thirty years after the events detailed in Star Trek: Nemesis, Starfleet faces off against different adversaries like the Borg, Romulans, and so on. This game is a massively multiplayer role-playing game and was initially released only on Windows but was later made available to PlayStation4 and XboxOne.

15 PSP Anime Games Perfect for You

Can I Download Valorant In Parts? Tips and Guide

Guide On The Best Settings For Recording Minecraft With OBS

Guide on How To Lower Pings in LOL(League of Legends)

Everything You Need On How To Win Solo Queue Valorant