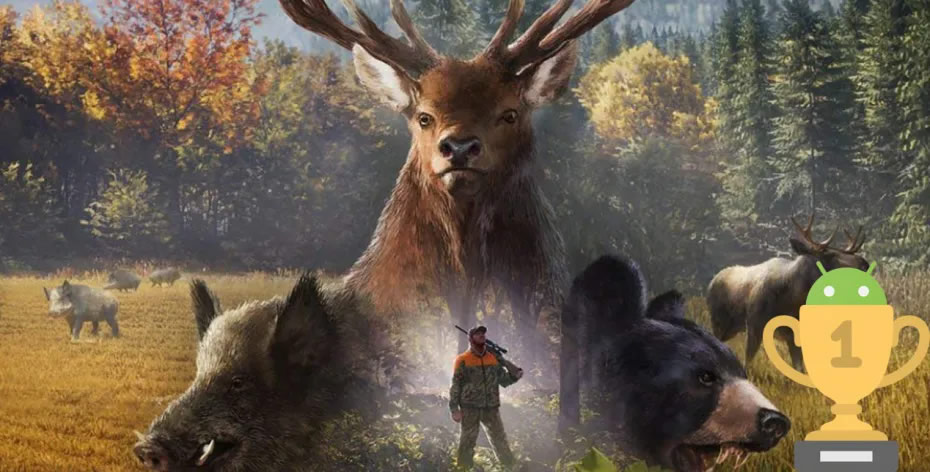 Since its release over a decade ago, the Monster Hunter series has recorded an exceptional success, with more than a 45million copies sold to date. Monster Hunter: World is one of the recent releases in this series, and the gameplay loop of locating, chasing, and finally killing your prey is fantastic. Although the game is far from realistic, it has very addictive RPG elements andis a great multiplayer game.

Can you become a master Deer Hunter? This game will help you to answer that question accurately. Deer Hunt: Reloaded throws you into attractive environments like the bitterly cold mountains of Alaska and the sandy scorched areas of West Texas, where there are a lot of scenarios to play through. Numerous threats lurk looking for food, be aware of them because you could be that food they are looking for.

Experience the thrill of hunting in an open space setting ranging from the Australian Alps’ beauty to the Alps’ theatrical landscape. As the hunter, you can use every form of hunting weapons like handguns and crossbows; you are also expected to be alert always, just like in the real world. The game has realistic and attractive graphics. You have access to several types of fun, and you can also compete with other players in multiplayer mode.

In this game, you can either go hunting with a group of friends or go on your own. You have to track animals in diverse weather conditions, and you can set traps for wild animals before eventually killing them. In this game, you get to have the forest wildlife experience. During your hunting adventure, you will find the footprints of different animals, including that of the Bigfoot. While hunting, have it in mind that the Bigfoot is one of the most reserved and most clever mystical creatures.

This fantastic game cannot be taken off the list of best hunting games. The game has numerous gun options counting into thousands of diverse barrels, stocks scopes, and Barrel. A cameraman also takes persuasive footage in the gameplay, giving the gamers a great real-world experience. Multiplayers can hunt together online; this makes it an excellent pick for friends who love hunting games but are not physically together.

Hunting Simulator has a vast amount of land, split across 12 distinct areas. The game has 111 whole missions to complete, each of which has a different approach and way of completion.

This is the most prominent hunting game for mobile gamers. The game’s setting ranges from Zimbabwe in Africa to Alaska in the US, and there is a wide range of animals particular to each location for you to hunt. There is also a large number of weapons to hunt these animals. The game has excellent graphics, is free to download, and is available to Android and iOS users.

If you would like to have a new animal to hunt, you might want to consider hopping on this game where you get to hunt Dinosaurs. Dinosaurs Hunter is the fifth entry in the Carnivores game series, and this game allows you to set your hunts up by yourself. You get to choose your setting, weapons, targets and every other thing needed to make the hunting happen. There are a total of 18 Dinosaurs to hunt down. If hunting games have felt the same to you over time, this game might be the refresher you need.

Almost all hunting games have the word ‘Hunt’ in them, and we won’t mind if the game designers can give more unpredictable names to the next release of best hunting games. This, however, does not change how awesome these games are. Bass Pro Shop is another hunting game with a setting close to reality. While this setting is limited to North America, it is very detailed, with various locations to choose from.

With fantastic graphics and great gameplay, this game seems to be one of the few best hunting games that combine these two great features with simplicity and ease. The game has several side games that test players’ speed and accuracy. These side games are exciting and replayable.

If you would like to cook after hunting, then this is for you Cooking Games: The Most Addictive Cook And Play

6 of the Best Xbox One Survival Games

How to Fix Apex Legends Crashes Without Error Codes

How Long Does It Take To Get to Level 30 in LOL?

6 of the Best Projector for Nintendo Switch Review