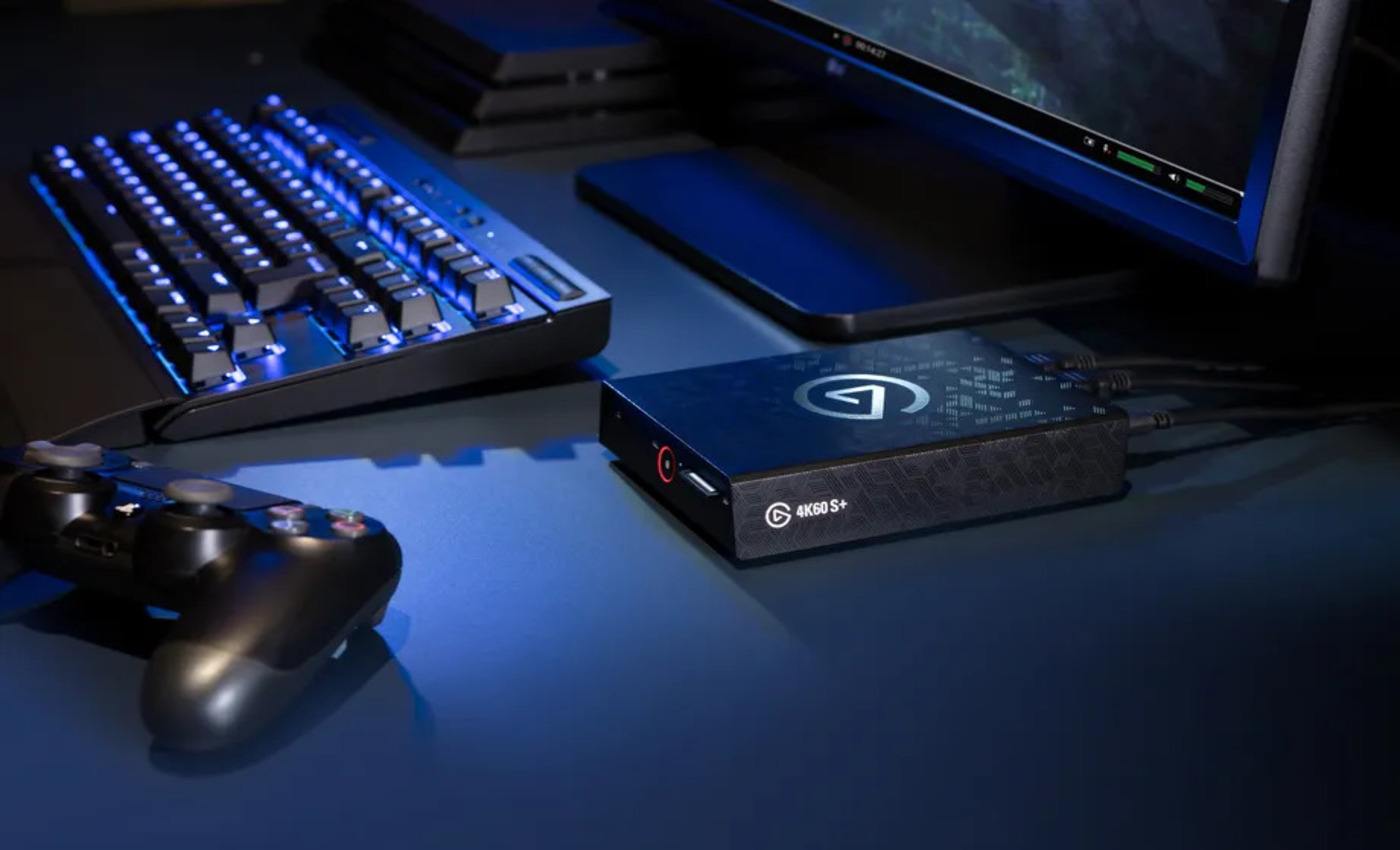 Have you ever considered starting a streaming career by following popular Twitch streamers? Always wanted to record your spectacular gaming moments and share them with the world on YouTube?

However, you’ve always worried about how I’m going to broadcast with my Nintendo Switch, given that it doesn’t support screen recordings longer than 30 seconds.

Don’t worry; our list of the best capture cards for Nintendo Switch has you covered. Now sit back, relax and construct a list of your favourite capture cards and choose the best one for you based on your needs.

A capture card is a device that allows you to pass-through gaming through your PC or Mac, allowing you to record or stream it.

It uses an HDMI connection to convert the video and audio from your screen to your capture card, which is then processed by the computer.

Elgato’s latest capture device is the 4K60 S+. This product is unique in that it can record 4k 60 HDR films directly to an SD card. This is very beneficial for individuals who wish to record their PS5 gaming without having to utilize a high-resolution PC.

The USB 3.0 connection also allows you to record an endless amount of film directly to your PC’s hard disk. Of course, you can go live with popular PC broadcasting apps like OBS at the same time, and the zero-lag pass-through keeps your screen gameplay unaffected.

Another notable feature of the 4K60 S+ is its multi-app capability, which lets it run two programs at the same time. Using Elgato’s native software to capture a clear recording (at a high bit rate) while streaming at a lesser resolution via OBS is an example.

The 4K60 S+ pulls its power from the wall when used without a computer, so bear that in mind while planning your setup. Overall, this capture card is a must-have for budding Nintendo Switch YouTubers.

On both PC and consoles, the Elgato HD60 S+ is the go-to piece of equipment for Twitch streams. Elgato is a true expert in their industry, as evidenced by their current line of models.

You can play all of your favorite high-fidelity games in breathtaking 4K60 HDR on this device while capturing your action in an amazing 1080p 60fps resolution. Streamers on the Switch can currently only record in 1080p, but a 4K 30fps option is already available, ready to future-proof the Switch 2.

The UVC Support – USB video support eliminates the need for software or drivers, making it one of the greatest low-cost options for newcomers to streaming. Your PC will treat it as a conventional webcam once it’s attached through USB 3.0.

“Instant Gameview” is enabled by the ultra-low-latency connection, giving you complete creative control over your production. We strongly recommend this card to all modern-day console users as an upgrade to the HD60!

The Elgato MK.2 Pro stands out as one of the best cards for delivering 4K material at 60 frames per second. It can also produce an astonishing range of resolutions and refresh rate combinations, ranging from 1440p at 144hz to 1080p at either 120hz or 240hz.

The MK.2 varies from external cards that support USB 3.0 since it has an internal PCI-e interface connector. This means it may be plugged directly into your PC’s motherboard and provide ultra-low latency speeds with no input jitter or lag.

This model, like the HD60 S+, works right out of the box for a quick and easy setup. Once installed, you can start collecting your video feed in various apps at the same time. Of course, you have the option of using the specific “4KCU” software or any other OBS tool.

The durable formation has a red metal net that reinforces the plastic shell. It was designed as an external card primarily to capture footage on consoles like the Nintendo Switch. The honeycomb mesh not only adds strength but also aids in airflow to the internal components.

Thanks to the high-speed USB 3.1 (Gen 1) Type C connector, the Live Gamer Ultra boosts nearly zero lag on pass-through and less than 50 ms of latency. It comes with its streaming software, RECentral 4, but it’s also compatible with XSplit, OBS studio, and Streamlabs, among others. – Overall, it’s a high-quality piece of equipment that will get the job done.

The Razer Ripsaw HD is a newer version of the original Ripsaw model from 2016. It now features an upgraded 4K 60fps pass-through, allowing you to play your games in the finest quality and then record them in Full HD 1080p at 60 frames per second.

The Ripsaw HD capture card is a great choice for anyone looking to stream on Nintendo Switch. It’s designed to complement your PC for pro-grade streaming on console and PC setups. Furthermore, for both you and your stream, it may generate detailed footage with accurate colour representation.

The shape is thin and square, and it fits in the palm of your hand. The mic and audio 3.5mm ports are located on the front, while the USB-C and HDMI inputs and outputs are located on the back. It gets its electricity from a USB-C port, so it powers up as soon as you plug it in.

Regrettably, the Razer Ripsaw HD lacks its native software (must use OBS or Stream labs, for example) and has been known to have driver troubles with some older systems. If you don’t have the latest PC hardware, this is something to keep in mind.

The DIGITNOW Capture Card, which costs less than $80, is unquestionably one of the greatest value for money streaming solutions. It works with all devices, including camcorders, consoles, and DSLRs, and is capable of producing high-quality 4KP 30fps video capture.

The slim form makes it simple to set up and transport, making it suitable for high-definition broadcasts and video recording. It doesn’t require any drivers to work. Furthermore, USB 3.0 technology serves as a dedicated power source. This capture card is ideal for gaming, as it works with all HDMI inputs on the Switch, PS5, and Xbox X.

This capture card is ideal for gaming, as it works with all HDMI inputs on the Switch, PS5, and Xbox X. It appeals to gamers who want to share their footage online but don’t want to give up the ability to capture their screen at the most common resolution and frame rate.

The GiantMatrix Capture Card is one of the greatest low-cost options for anyone looking to operate a stream quickly. It has an ultra HD pass-through that can record and capture a 30fps input; however, you can only record in 1080p 60fps, even if you can play in 4K 60fps.

The beautiful thing about this small card is that it’s incredibly adaptable for recording on the fly. It works right out of the box, with no need for plug-and-play drivers or an extra power supply. Because the Aluminum construction is compact and durable, you won’t have to worry about it being damaged.

This card has all of the standardized input connections that a newer model would have. An HDMI in/out, a 1/8′′ audio connection for your microphone, and a 3.5mm audio out are all included. The kit also includes all necessary cables, including USB power, USB 3.0, and one HDMI.

The Leadnovo Capture Card is an affordable answer to your live streaming issues. You might be hesitant at first because it costs less than half as much as the Elgato HD60 S+, yet it’s capable of capturing 4K games in 1920×1080 (1080p) at 60 frames per second.

The thing we enjoy best about this card is how simple it is to get started with. During the installation, no other software or drivers are required, and the instructions are written in straightforward English. Simply connect the device, wait for it to automatically configure, and you’ll be recording in less than 5 minutes.

The device is extremely light and portable. It has a brushed aluminium case with rounded edges and no external power supply. You’ll also discover two USB 3.0 cables, as well as a Type-A to Type-C cable for newer devices when you open the box.

The IPXOZO Capture Card is a well-reviewed tool that makes streaming a breeze. IPXOZO, based in China, is a world leader in producing USB-C accessories at breakneck speeds. As a result, this device can record 1080p at 60 frames per second with almost no delay.

The design is sleek and appealing from an aesthetic standpoint. It has a sleek black finish and is 4 3 0.3 inches in length, making it extremely portable. It does not require any extra power and is just a “plugin and play” like most other cards. To get it working, you only need to download OBS.

It contains all of the functions you’d need for live broadcasting, in addition to an attractive design. For your external devices, there are three conventional 3.5 mm, Audio Jacks, on the side, and the HDMI connector may be synchronized to a bigger screen.

The DIGITNOW is an excellent choice for anyone who wants to record their online gaming with the least amount of fuss. It has no drivers to install, and it uses the capabilities already incorporated into the current software for a seamless experience, much like the previous generations.

The standardized architecture detects the input video formats and automatically adjusts the output size and frame rate to the desired settings. It also requires no external power and is compatible with a variety of apps to capture 1080p gaming video at a smooth 60 frames per second.

You can expect very little CPU interaction if you have a graphics card that can use the Nvidia NVENC hardware codec. Because the device offloads the capture processing to your GPU rather than your processor, this is the case. – Overall, it’s another fantastic Capture card for Nintendo Switch owners.

Every day, the gaming industry expands. With time, the number of streamers and spectators is rapidly expanding. Gaming will usher in a new era. Viewers will immediately come to see you kill another enemy or curl the ball into the nets if you have excellent enough skills to show off.

You’ll eventually need a high-quality capture card to show off your skills to the rest of the globe. Furthermore, the streaming platform’s quality is exceptional, as every well-known producer broadcasts in 1080p HD definition. Keep in mind that HD resolutions require a strong internet connection.