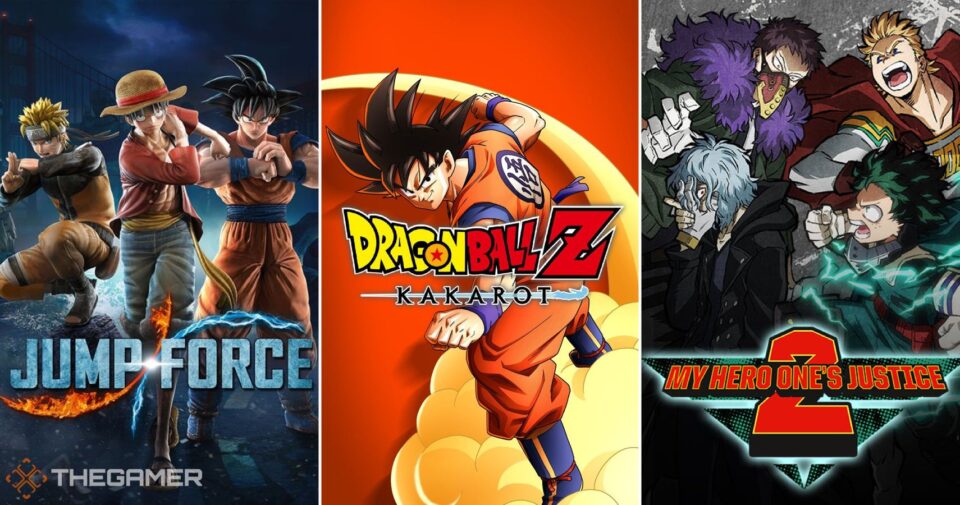 The anime art style does not end on the pages of manga; there is a truckload of anime-inspired video games. Some are already available to be played, while others are still waiting to be played. What combination is better than anime and video games? Anime and PS4! Anime PS4 games are nothing short of entertainment and fun. You have absolutely no reason not to like them. Many of these games reinforce the stories behind your favorite anime shows, so you get to play different anime characters that you love, and these games have a fantastic graphical design. We have put together a list of the fifteen best anime PS4 games so that you won’t have to go searching for them.

Second to One piece, Naruto was the bestselling Shonen manga. Naruto Shippuden: Ultimate Ninja Storm 4’s story focuses on Naruto and his former teammate as they battle their way through the Fourth Shinobi World War. This game has all the characters you love, each still having the unique fighting techniques that you can remember. The combat in this game is almost unrivaled among anime PS4 games.

This installment of Dragon Ball games combines the best part of all the games before it. There is a massive roster of up to 40 characters for you to choose from. The game style coupled with the three versus three combat mode lets you chain attacks with more options like vanishing attacks and dramatic finishes to keep each battle interesting. The game has brilliant animations that would get you nostalgic, and it is regarded as one of the best fighting games on PS4.

: In this game, you play as a middle-aged man named Vincent who begins to have recurring nightmares after meeting with a beautiful woman named Catherine. The gameplay is centered around puzzles as Vincent tries to climb through deadly towers of blocks. There is a bar where you can meet with friends occasionally; decisions you make during the meeting with friends affect the game’s outcome.

Tales of Berseria is one of the most interesting anime PS4 games to try. This game has you exploring islands around the Midland Empire’s seas. The storyline centers around Velvet learning to live with her trauma which is made more accessible by the lighter tone of the crew’s interpersonal stories. Your character in this game is out on revenge.

This game is an action-adventure, open-world game that sets an exciting story on a prison Island. You play as Luffy, who fights the island’s marines and explores the vast landscape of the island.

This role-playing game is the sixth game in the Persona series that features a group of students who claim to be Phantom Thieves and want to stop evil conspiracy going on in the world. Person 5 is one of the anime PS4 games you should not miss out on.

Find other genres of games on PS4 here

Here’s an arena battle fighting game that is an adaptation of the original anime show. There is a feature option that relives many scenes from the anime series. Many characters in this game are characters from the series, and you can either play as a single-player or with friends on the multiplayer mode.

This game is an action based on Hajime Isayama’s manga series. The game covers all three seasons of this series, and it has a range of new weapons that can be used to fight against titans. You get to customize your character to your preference.

There are monsters to fight in this game, souls to collect, and enemy blows to dodge. The story happens in a post-apocalyptic future where vampire-like creatures raise monsters. You can either fight against these monsters with your friends or team up with the AI to bring the monsters down.

Characters of Jump Force come to the real world, which works well for some but doesn’t for others. The aesthetically flashy movements and balanced actions are the features that make the game more interesting. Having existing and new characters interact is another thing that might interest gamers about Jump Force.

This game allows you to fight in a large fighting arena using various characters, with each character having its unique abilities. The game has outstanding graphics and exceptional aesthetics.

The entire excitement Gravity Rush 2 has to offer is exclusive to the PS4 gaming console. In this game, you play as character Kat, manipulating gravity, launching objects at your enemies. While fighting your enemies, you discover massive things. The game is an interactive one.

This game is a sequel to Steins; Gate, released in 2009. The game has a new story from Steins. It has beautiful artwork and a captivating storyline.

This game has you playing as Roland, who finds himself right in the middle of a coup d’état. Roland has to defend the young king and help restore and protect his kingdom. This game is one of the most played games on the PS4 console; it is loved both by anime lovers and non-anime lovers.

The 10 Best NFT Games for Mac Reviews and Comparison

Best Hack: Here is the best N64 Emulator for Mac

How To Move Riot Games to Another Drive

How Do I Start Valorant Without Riot Client?

List Of Best Gaming Mouse For Esports Gamer In 2022

Guide on How To Lower Pings in LOL(League of Legends)