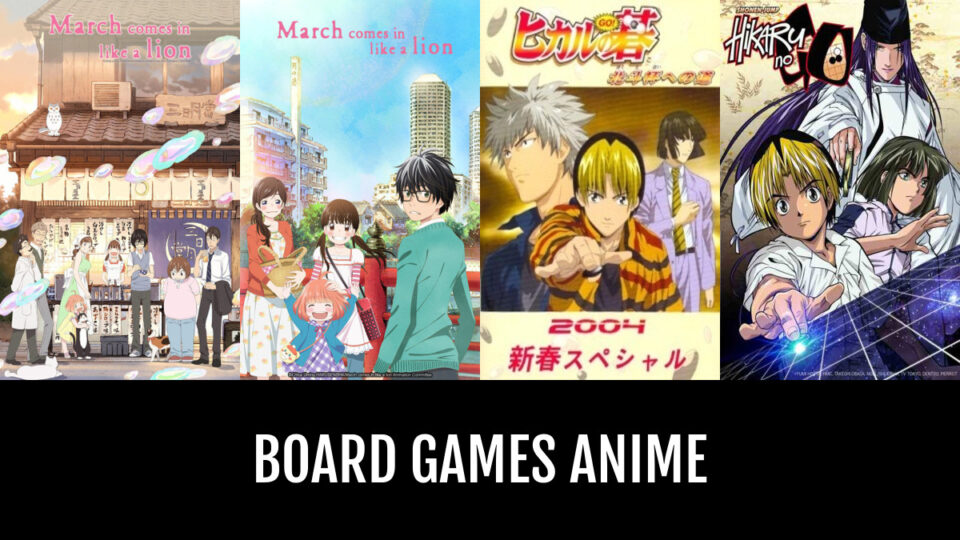 There are various genres of board games. From Clue to Monopoly, Candyland to Life. However, board games get more exciting when they incorporate anime into them. You can indulge in great artwork and enjoy the story of your favorite Anime while competing against other players in an anime-themed world. There is a board game for every anime fan, and that is why we have decided to compile great Anime Board Games you should try. These options are all fun, easy to learn, and they have fantastic art.

1. Attack on Titan: The Last Stand

The Last stand is based on one of the most popular anime ‘Attack on Titan’. In The Last Stand, one person plays the Titan while others play the scout. You get to roll dice to have resources and use those resources in different ways like to attack the Titan, set up weapons and move to a different location. The scouts have to climb vertically up the board to attack the Titan before he destroys the city. While this game can be complex at first, there is a lot to enjoy in it.

This game takes placxe in the world of Aincrad where Kirito, Asuna and their friends must battle their way out of the VRMMORPG that they are stuck in. Every character has unique survival skills which rely on specific dice rolls. The game can either be a multiplayer of up to four players or a solitaire game with one person acting as multiple players.

Here is a two player board game that is based on the hit show ‘Death Note.’  In this game, you and a second player replicate the rivalry between Kira and L. The Kira player tries to keep killing without being caught while the L player while the L player tries to hunt her down. Even though Mello and Near could have been added to make a 4-player game, the game is still a ton of fun.

This is a spin-off board game that has a similar set to Arcadia Quest (another Anime Board game). You and a few friends take control of characters who try to find their way through a tile-based dungeon. The characters’ style has a certain level of resemblance with Maplestory. If you are a Maplestory lover, you will certainly like Masmorra.

Tanto Cuore is a deckbuilding game where you take the role of Lord of the Mansion who is trying to collect as many maids as possible so as to become the ‘King of the Maids’. The game design has exceptional characters but is not the best anime game to play with non-anime fans.

This game is of the French origin but comes with English instructions which makes in playable for English speaking gamers. In One Piece: Water 7. You dock your ship at water 7 to find out that the ship is damaged. You and your fellow players (who are your friends in this game) have to work together to rebuild the ship. While at that, you also have to save Robin from the CP9.

This is one of the Anime board games that are not based on any particular anime. However, if you are a fan of thriller, horror, or deduction-centered anime, this game will probably pique your interest. In this game, you are either the Mastermind or a simple Player. There is only one Mastermind but there can be up to three players. As a player, you take on the role of your preferred protagonist and you work your way through a particular scenario. You will try to stop tragedy from happening to key characters while Mastermind tries to stop you. It takes a while to learn this game given the unique mechanics it has but is not all that complicated in the long run.

This game is not just the first of many deckbuilder Anime board games, it also one of the best. The set of the game is in the Cowboy Bebop world. The design of the pieces, cards and location of this game are beautiful. The game’s concept of capturing criminals that are wanted by ISSP so as to earn points makes a lot of sense.

Another dice game wraps our list of suggestions up. This one is for lovers of the Sailor Moon franchise; it is for 2-8 players and it good for players of age 10 and above. As a player, you to take on any Sailor Moon character of your choice and each character have their own special abilities. Players battle with dice as the Pretty Guardians attempt to defeat the Defeat Kingdom and the Black Moon. It is an interesting game with a lot of characters to try out.

Check out other genres of Anime games here PS4 Anime Games To Play, 15 PSP Anime Games Perfect for You

Can You Play Dragon Age 2 on PC With a Controller?

How To Type In Valorant and Types of Chats

10 PS4 Games Every Kid should Try

15 PSP Anime Games Perfect for You

5 of the Best Offline Action Games for Android

How To Fix Valorant Error Code 51 and Causes(Updated)